Time to move up a gear 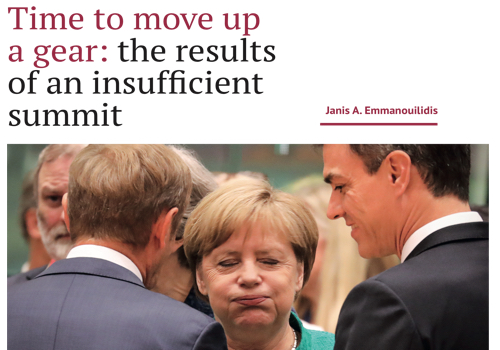 Despite all the public attention it received, the June 28-29 EU Summit will not make it into history books. There had been hopes that this European Council would be an important milestone on the path to elaborating a win-win package deal reflecting the distinct interests and concerns of all member states  but it was not. It made progress, but it failed to live up to expectations, even though major issues for the future of Europe were up for discussion: migration, EMU reform, security and defence. EU leaders once again postponed many critical decisions until the end of 2018, and there are serious doubts that they will be able to reach worthwhile compromises ahead of the May 2019 European elections. The window of opportunity is closing quickly, and a significant number of governments do not seem eager to seek solutions. Even among those that aspire to make progress in the coming months, there are question marks over whether they will have the political capital, will, courage and clout to do so.