The Future of a More Differentiated E(M)U 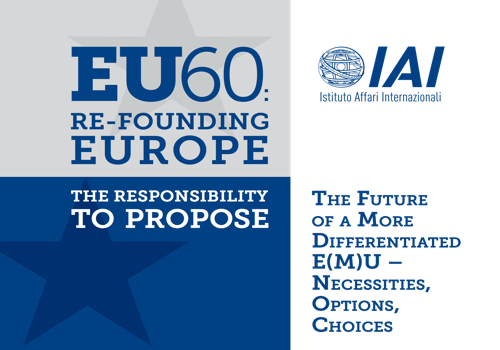 This paper argues that future EMU reforms will require a higher level of differentiation between Euro and non-Euro countries. However, the creation of a closed core Europe involving merely the willing and able, which would establish a two-tier Europe with different institutionalized classes of membership, is neither likely nor desirable. It should not be the Leitbild (guiding concept) steering the way towards a more differentiated Europe. The EU and its members should rather adhere to the notion of functional-pragmatic differentiation by applying instruments of differentiated integration foreseen by the EU Treaties. However, given the experience since 2010, member states are likely to continue to revert to intergovernmental avenues of differentiation outside the EUs framework. In this case, it would be advisable to make sure that future agreements/arrangements follow the logic and principles of an intergovernmental avant-garde to avoid some of the risks linked to a higher level of cooperation outside the Unions legal framework.

The paper was prepared within the context of EU60: Re-Founding Europe. The Responsibility to Propose, an initiative launched by the Istituto Affari Internazionali (IAI) and the Italian Ministry of Foreign Affairs and International Cooperation (MAECI), in cooperation with the Centro Studi sul Federalismo (CSF) and in the framework of IAIs strategic partnership with the Compagnia di San Paolo, on the occasion of the 60th Anniversary of the Treaties of Rome.

The debate on the future of Europe has a German problem
Janis A. Emmanouilidis and Johannes Greubel, Brussels 09/2021